At sea for a year and a half on our sailboat Maloya, an Océanis 411, we are sailing around the world in search of ideal spots to enjoy our favourite watersports of SUP, kiting and windsurfing. 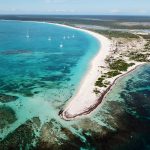 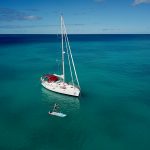 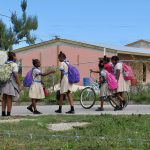 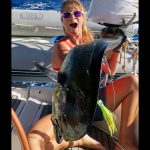 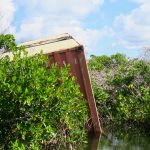 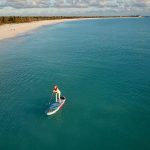 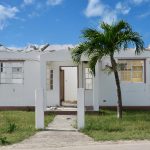 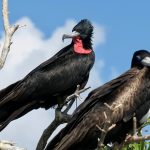 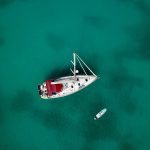 Going up the West Indies, we enjoyed the Polynesian-esque lagoons of the Grenadines, but we had not seen anything like Barbuda before. We just had to drop anchor in this unknown-to-us paradise to explore it a bit more and to witness the recovery after the devastation in 2017 from Hurricane Irma. After a quick sail from the English Harbor, 25 miles windward, we drop anchor at Cocoa Point. The beach was previously reserved for the clients of a very prestigious hotel. Today no one stops us from accessing the beach as a digger and trucks are hard at work trying to rebuild what has been razed by nature: only the foundations show the existence of a building. Further up this ten kilometer stretch of sand, another small complex remains abandoned, horses and donkeys roam with tranquility among the walls of the buildings with their roofs blown off. The wind fans offshore on a low relief, the ideal playground for windsurfing. So, we draw lines in turquoise blue water, only the whistling of our foil breaks the silence.

Shan and Shannon, a young American couple who also recently started sailing around the world, tell us that they are returning to Low Bay and are inviting us to join them. After several days at anchor Cocoa Point, we are heading north west, pushed by a modest 15 knots as we navigate between the coral reef passes. We pass the mythical point of Palmetto, where a tubular wave unfolds on big swell days. We walk along the strip of sand that protects the majestic lagoon bordering the town of Codrington. Before Hurricane Irma you used to have to drag your dingy for 50m across the sand bar to get into the lagoon. Today, a scar left by Irma allows the emerald waters of the lagoon to flow freely into the sea and our dingy to enter the lagoon. We anchor in front of another hotel ravaged by the swell from Irma. You can see the interior walls of the pool where the waves smashed in over several hours. As we spend our lives playing with the elements, the remnants of this destructive force remind us all of the respect we must have for all-powerful nature. It puts us in our place as the vulnerable life forms we are. We stay for ten days, often alone at the anchorage, and the wind blows almost every day allowing us to browse the turquoise waters with the foil. We cherish these spots where we can leave the boat to have fun on the water whether it’s with the paddle or wind. Right now, we are certain that Barbuda is one of our most special spots, together with the Grenadines.

Between two sessions, we visit the frigatebird sanctuary. The largest avian species of all the Caribbean, these impressive birds can remain aloft for over a week at a time, even sleeping while airborne as they ride thermals.

The natural heritage lesson continues as Georges Jeffrey, the best-known guide on the island, and lobster fisherman, reveals the secrets of his island and its lagoon from the helm of his boat. Here in the warm waters of the lagoon, lobsters come to breed, which is also the case for many fish species. He explains that after Irma, the government of Antigua wanted to relocate the population of the island, not only to help the population recover from the cyclone, but also to develop a mega yacht mooring project in the lagoon. Incredibly, after some time off the island, the Barbudians would have lost their right to live on Barduda.
Fortunately almost all inhabitants of the island have returned to their territory and have contributed to the sustainability of this magnificent ecosystem. It is the largest lagoon in the West Indies.

Georges stops quickly in front of the mangrove to show us the effects of the category 5 hurricane. There in the middle of the plucked mangrove, a double shipping container lies partly sunken in the water. How did it get here? Being blown 2km through the air is how. Really amazing. We have trouble imagining the 1500 inhabitants were all crammed into the fishery, the only solid building on the island, staring through the gaps, hearts in their mouths as the air howled to the sound of Irma’s fury. How good that once again they can make their livings from the sea.

In the sky, thousands of huge black birds are circling above, heralding our arrival at the frigatebird sanctuary. The males immediately attract the eye with their red throat that they swell like a balloon to win the ardour of the females. Hidden in the tangled branches of the mangrove are young downy white frigatebirds, well protected under the feathers of their mother with whom they’ll stay for two years before making their own way in the world. The show is magical, like we’re behind the cameras making a documentary. These birds feed mainly on flying fish, which they find several hundred kilometers from the nest if necessary.  Our little jaunt back to the village to do some shopping at the small supermarket and to eat a local tray of fish with Creole sauce, rice with red beans and plantains is quite mundane by comparison. We already have to set sail to new destinations, but we could have stayed much longer in Barbuda. There are still so many beaches and turquoise spaces to see. Barduda is not one of the classic charter routes due to its geographical position which places it at the furthest windward end of the West Indian arc. It is also free of all nautical infrastructures and its airstrip only accepts a few small planes or helicopters, and that is why we so greatly appreciated the chance to stop there and to feel like we were at the end of the world. SUP International

Capital: Codrington, part of the Commonwealth of Antigua and Barbuda.

Regulations: marine and terrestrial reserves, all hunting is prohibited to non-residents.

« ON THE PULSE
TRANS EUROPE EXPRESS »