How relevant is SUP surfing competition (to you)?

Rob Small takes a look at the evolution of high-performance competition sup surfing, and ponders what it really means to the rest of us.

Some years back the inaugural Stand Up World Tour event in Anglet I watched Welsh legend Chris Griffiths execute a beautiful drop knee bottom turn, pivoting off the paddle and projecting away down the line. Classic big board surfing from a master. When the scores fell Griffiths hadn’t made the heat and took it up with head judge Buzzy Kerbox. Griffiths’ wave scored 0.8. Value assigned to an average quality wave (the surf was pants) jazzed up by a great rider with a flourish thrown in.  Griffiths, forthright as ever, discussed the situation with Kerbox and was told, in so many words, that his then longboard influenced riding style wasn’t what the judges were looking for. They were looking for progressive smash and grab SUP surfing, not the subtleties of big board SUP surfing.
Chris was pissed off. I can only imagine how incensed he was when in the final of the same event Antoine Delpero, another world class multi discipline surfer, was scored high numbers for nose rides…surely a big board mainstay? Even at its inception, competitive SUP surfing was gravitating towards the World Surf League’s performance based criteria but stumbling when presented with good SUP surfing, big board or not.

Eighteen months later at La Torche, the revamped, rescheduled and repackaged French event John Hibbard and I watched the writing being writ large across the Breton walls. At one point Sean Poynter and Leco Salazar free-SUPed (claiming the term) a brace of head high reeling lefts up the beach from the contest bank. At a distance, these young turks looked like second tier surfing shortboard pros. In fact Poynter and Salazar could possibly progress through the early rounds of QS surfing events, whilst holding a paddle. The surfing (note the term) was that good. Hibbard and I haven’t worn a singlet since, Kai Lenny won and ushered in the current era of micro volume, shortboard surfing based SUP competition.  Performance, according to a template very similar to the WSL’s shortboard criteria but incorporating paddle usage whilst riding, exploded. Gone was the age (so quickly!) of the chiselled waterman negotiating his craft through experience and sheer waterman-ness, replaced instead by a hyper-active digital generation adapting surfing’s frontside rotations to the paddle aesthetic.

Inevitable ? Perhaps. Interestingly those of you of a similar or greater vintage to your narrator will probably remember the evolutionary cul-de-sacs that both surfing and windsurfing went through. Both sports suffered from, short term and benefited from, long term, a focus on extreme high performance and the equipment to facilitate it. In surfing the Slater-Webber-Herring rocker-ed out potato chip and the ’sinker’ concept in windsurfing alienated the recreational rider but allowed huge elite performance gains. Both sports suffered from a period of contraction before reality bit back and board manufacturers returned to offering easier-to-ride models as well as the high octane stuff. Ultimately the weekend warrior reaped the benefits of equipment development unrestrained by commercial (or sensible) input but not before disillusion, disappointment and defeat turned more than a few away from both schools of riding. 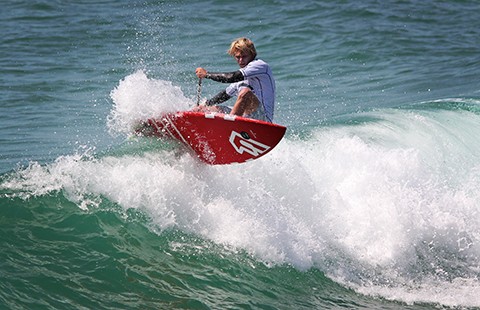 It matters, if it matters to you.
It struck me that that these young athletes manifest the same desire to push, push, push. The young person’s duty to make a greater statement, take it to new places. To hell with what’s right, I’m doing what feels good and f**k the lot of you. I believe that it’s worth celebrating this eternal punk ethic, it gives me faith that things are working ok, but it also occurred to me that sup surfing escapes the minefield of a singular focus like surfing and windsurfing suffered,  quite possibly due to those particular lessons learnt. It seems to me that elite sup surf events, rather than channelling the direction of the sport, are more an eddy spinning off to the side of a greater vortex that has its own impetus independent of the emerging SUP surfing stars of our developing sport. Perhaps it’s the diversity of sup surfing, maybe it’s the fact that only a very small percentage of sup surfers can ride, or enjoy riding micro volume boards. Who knows? Who cares? I, for one care. I like to see these leaps in performance. I’m astounded by Kai Bates air game (air game? It’s a sup for f**k’s sake!). I think Kai Lenny is one of the best athletes in the world. Full stop.  However I’m a surf and sup geek, a fan.
I’m invested, involved. Hell, I make a living around the water and spend as much time in it a possible, of course I’m interested. But what about everyone else? I decided to ask.

I spoke to industry figures, brand guys, retailers, competitive sup surfers. I elicited comments from paddlers on the beach, average Joes enjoying a session, I even called Chris Griffiths, not afraid to exhume that awkward moment in Aquitaine…I bothered everybody I could like a pedantic brat asking “are we there yet?”.  And the responses I got painted the following picture: Elite sup surf events are spinning away to the side of our sport like a separate little bubble of youthful expression, almost like a self perpetuating (note that at time of writing the Stand Up World Tour was going through a financial reshuffle and hopefully will survive) separate reality in which the norm is to ride a slightly oversized £1500 surfboard and do so with a 100% carbon paddle in your hands. Predictably, the type of folk most aware of the elite eddy were industry types, board manufacturers, youngsters with aspirations and of course competitive sup surfers. It even transpired that the ‘Pro Wave’ class of boards are not massive sellers in numbers, they’re just too bloody demanding for most of use to enjoy. But the industry love’s ‘em and surfers like the young Mr Bates and the Italian phenomena Airton Cozzolini are surfing these micro sups in a way that’s quite startling.

I questioned these believers about the validity of all this stuff, I mean it’s too far away from our day to day sup experience that it’s not easy to see the benefits for a chap having a quick few waves at Bantham. Well here’s a thought, that pushing of limits inclusive of evolving board design to its very practicable limits, possible only through levels of talent and dedication of the elite, makes for equipment that is so severe that if you’re not a 70 kilo racing snake then you’re never going to paddle the bugger let alone get some air on it. But your daily driver will most likely incorporate some of the design traits developed and tested under the feet of a Pointer, Salazar or Bates. Yes it’s a dumbed down, less radical expression of the extreme stuff they’re riding, yet those subtle concave and extra tail lift add a little flash to your ride.  And then of course there’s the sheer glamour of it all.  Double page ads featuring over 30 fellas struggling through a top turn on a head high roller may be closer to the sport’s reality but, well it’s just not very shiny is it? Give us that glamour. I want to see the chiselled dream carving his way across a growling aquamarine beast. If it wasn’t for that boiler fitter’s apprenticeship I could have been there too. Show me the 7 series and I’ll buy the 3 series and make the rest up in my furtive imagination. We’re all aware of the micro sleds but we’ll settle for something a little more comfortable. Suit you sir!

But it wasn’t all a happy clappy mutual appreciation session. Gruff Cornish men, sup surfers with water history from a long time BP (before paddle) looked at me blankly. Even looked through me as I asked who the current world champion was; my incessant chatter irrelevant to them. An impediment, an obstacle to them getting out for a few waves in the Rivermouth on their very practical kit. The fact I had asked these puerile questions relegated me irrelevant along with the world tour, boards under 130L and anything else apart from squeezing a quick surf in between plastering all day and taking the kids to football training. It seemed that our Elitist Eddy was relevant to those who were interested. It’s relevant to you if it is. It sounds obvious but in the murky depths of my rusty intellect I suspect there’s something Zen about it. But let me round out by returning to Chris Griffiths. From a competitive perspective sup surfing competition now resembles a regional ‘QS surfing event with paddles, riders prone paddling out (on occasion) and only jumping to their feet to catch waves, sitting in the line up on their boards like surfers. Chris rightly pointed out that presently there’s a whole segment of sup surfing that isn’t getting the competitive recognition, hell even the outright recognition that it deserves. Think of Hawaiian greats Ekolu and Dave Kalama, envisage Mr Griffiths himself, stylish, radical, flowing surfers who can make big board sup surfing something that isn’t an ersatz shortboard or longboard but something different. Indeed an astute point but perhaps more importantly was Chris’ closing comment: “Sup surfing by definition is a big board sport – like no other – and by just trying to copy shortboard surfing, you will inevitably end up looking like a cheap imitation of the real thing. In the same way as long boarding suffered from when it tried to be just all radical and ‘to hell with the nose rides and style’ that are its roots.  I see sup surfing as a discipline that draws from both long and shortboard styles of riding and should be like all good surfing, equal parts radical and stylish.” SUP 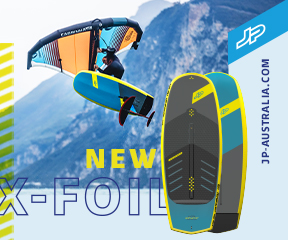 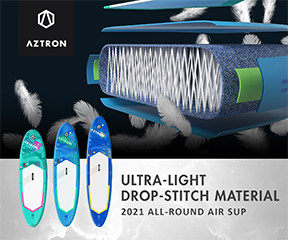