SUP International caught up with Red Paddle Co-founder John Hibbard to find out how Red Paddle have been dealing with the Corona situation and on how business is slowly returning to normal! 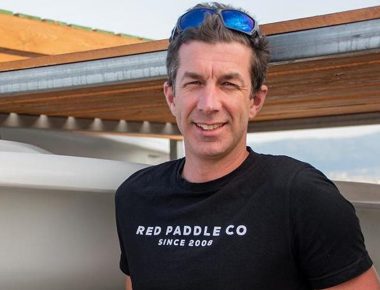 SUP INT: What have you been up to during the last few months during lockdown?

JH: I’d like to think I have been steering the company through an uncertain time. But, actually the team we have at Red have been brilliant and been pulling long shifts to make sure we are well prepared to come out the other side all guns blazing. 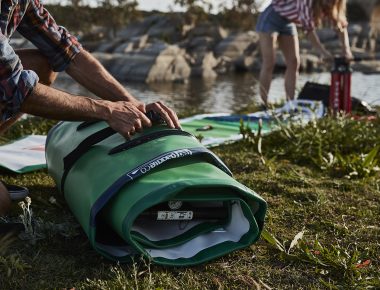 SUP INT: How badly and how was business effected during the lockdown?

JH: Initially when this first hit the industry if not the whole world was running around like headless chickens claiming it was the end of the world as we knew it. We got hit in the initial few weeks due to almost all the countries we ship to facing an uncertain future and putting all their orders on hold. We just had to lay low and hold on. Things have been coming back to normal since then really.

SUP INT: Are you back in the office now or working from home?

JH: The team is working from home except for the packing team who are working in the warehouse (socially distanced of course). I expect us to start an office rota in early June once the kids start going back to school and the team don’t have to juggle home schooling with work. 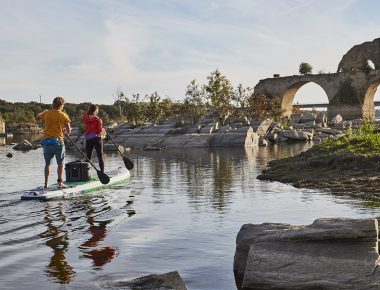 SUP INT: How have things changed since people have been allowed back on the water?

JH: It’s like a switch has been flicked! We expect another surge as our retailers are able to reopen in early June. 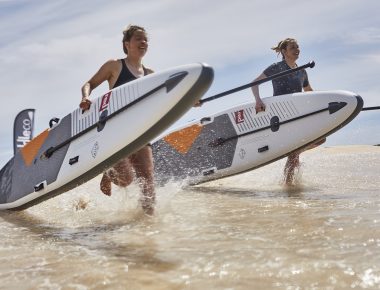 SUP INT: Do you feel SUP and Red Paddle are in a strong position as a sport to survive this crises?

JH: Absolutely. Our brand is everything and we have worked extremely hard over the past 12 years to build a dependable and trustworthy company. SUP is a great sport to do socially distanced and you really can have an adventure close to home. We are excited to see what this summer brings, especially as we can’t go away on holiday to Europe at the moment. It will be all about finding places to escape closer to home and SUP is just perfect for this.

SUP INT: Where are the boards made?

JH: We run our own production line in China. We have been working with the same team since 2008 and have a strong bond with them. Some of the team members we have been working with since the 90’s with our Tushingham Sails brand. No other brand makes their boards in the way we do and with so much focus and dedication to making them in the right way. 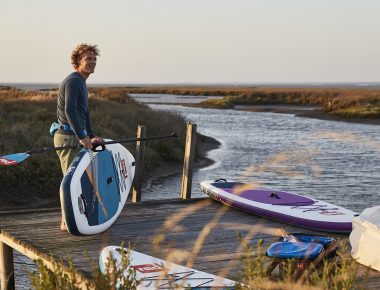 SUP INT: Have you been back out on the water and how did it feel?

JH: Yes. It felt so good. We are based in a tourist heavy area of South Devon, which is brilliant but it has been nice to have some great weather and quiet waterways for a change. I do hope the tourist season can kicks off soon though as it is so vital for the economy here and I so love the busy summer vibe. 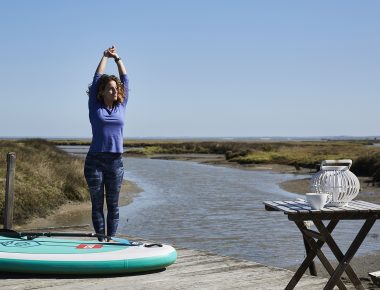 SUP INT: How did you get involved in RED Paddle in the first place?

JH: I started it after paddling hard boards for a couple of years and realising that inflatable was the future to really make the sport fly. It was just me and my laptop but now it’s me and 30+ other people. 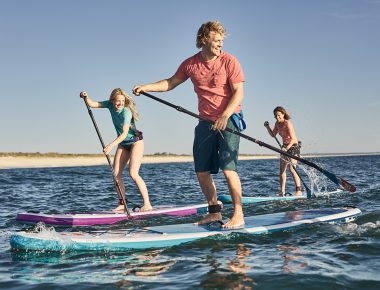 SUP INT: How long did it take for the inflatable side of SUP to really take off?

JH: The first few years after we started in 2008 was a real challenge. It didn’t really start kicking off until 2013.

SUP INT: Are you surprised how big SUP has become? 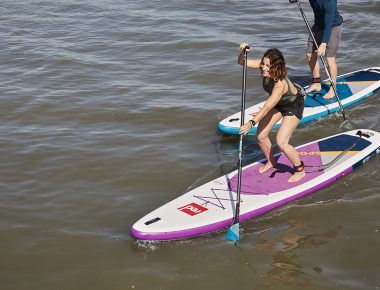 JH: Not really. It is so accessible and good fun for everyone to do. I am a little surprised it took so long to get popular. I was a bit of an outcast in 2006 when I was first paddling!

SUP INT: Are there any new innovations in the pipeline?

JH: Always. But I can’t tell you about those.

SUP INT: How important is it to have a good team around you? 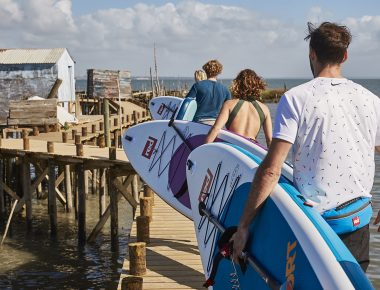 JH: It’s one of the most important things. The team are so dedicated and passionate. I do my best to make Red a great place to work and allow people to have some freedom to make their own decisions and come forward with their own ideas – you will have to ask them if they think that is the case! 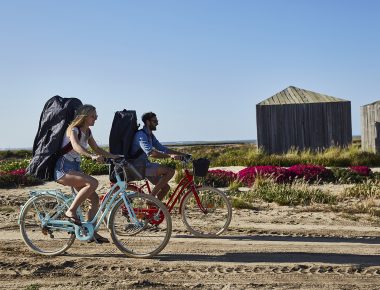 SUP INT: Where would you like to see RED Paddle in ten years time?

JH: Still producing the best quality SUP boards, still backed up by real innovation (not marketing BS) and making tens of thousands of people smile all around the world after they have had a great time on the water on a Red.