The long awaited documentary on Robby Naish, ‘The Longest Wave’, premieres today and explores what happens next – when the competition ends how do you cope as a world-class athlete – how do you just stop? From award winning director Joe Berlinger, this incredible documentary is available worldwide on Red Bull TV, a free ‘On Demand’ streaming service from 10th August. Photos: Red Bull Content Pool. The movie draws to a close with a stunning ride from Robby on his SUP! You can watch the full movie by clicking here

Over the course of 40 years, professional waterman, Robby Naish, won over 150 tournament victories and became a 24-time world champion. His purpose in life every day was about competing and being an exceptional athlete. So now in his fifties, as he figures out what to accomplish next in his life, The Longest Wave documentary sheds light on his career during transition from competing to life after professional sport, a perspective rarely documented. 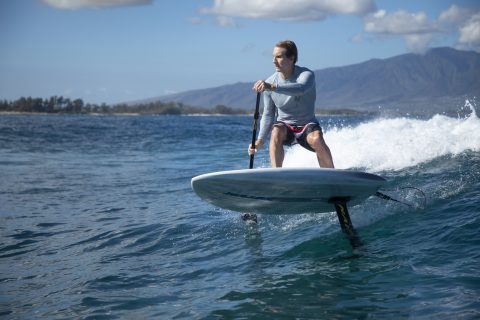 Berlinger departs from the true crime drama to dive into a world totally unfamiliar to him. The Longest Wave transcends the action sports genre by capturing obstacles outside of the legendary athlete’s professional life in an intimate, cinéma-vérité style, revealing Robby balancing the pursuit of excellence at sea with the demands of life’s challenges on land, including family, injuries, getting older and the risks of continuing to participate in considerably dangerous sports.

So, what does happen after?  The US Olympic Committee’s Athlete Career and Education Program* – which helps current and retired athletes access education, develop career readiness skills and jobs – has a programme to address just that.   Its research has identified numerous traits that make a competitive athlete a ‘strong employee’, identifying that professional sportsman share traits including being results orientated, able to execute strategy, conquer adversity, perform under pressure, are ambitious, team players, inspirational and culturally sensitive.

Given these findings, why is it that athletes often find it hard to adjust to conventional working life when the sporting one ends.  Whilst some forge new roles as Commentators, Coaches, Managers or Public Speakers – just see those on British TV currently covering the Euro’s – more end their career at the top of their field only to find themselves at the bottom again, in many cases because of the all-consuming nature of elite sport, and without other relevant experience or qualifications. Should what happens next have been addressed right from the offset of Naish’s career? 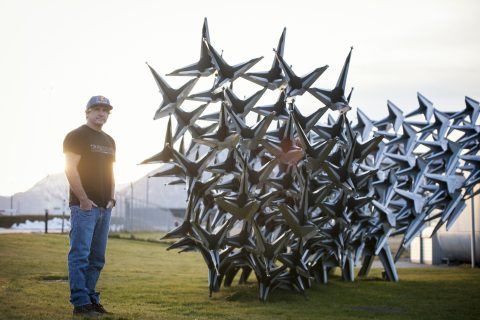 The Longest Wave is a film that looks at the man behind the sports he grew, and who has reached what he is told is his last goal, his final title. The film captures the story of the man continuing his quest for brilliance by challenging himself to ride the world’s longest wave, yet unexpectedly reveals his vulnerabilities as a businessman, an innovator who is constantly crafting and developing, as a mentor for upcoming talent, and as a father who’s been on the road many days of his daughters’ lives.

Robby Naish commented in July that, “The whole world has changed since I started in 1974. We used to get on a plane, fly somewhere and cross our fingers that we were going to find wind and waves. Now you can look and see what the forecast is anywhere in the world tomorrow and next week. So that sense of adventure is gone. The world’s a tiny place now compared to what it used to be.” 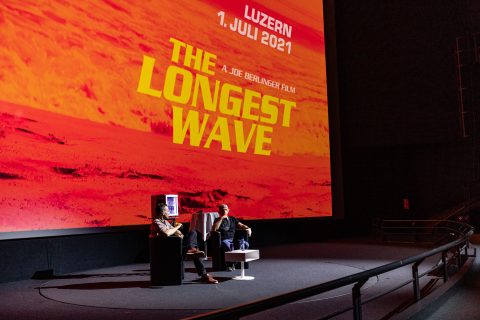