SUP is a sport that requires explosive power in the surf, quick reaction times, balance running with the wind and swell on down-winders and long lasting muscular endurance during distance paddles.

It challenges a huge number of physical process including postural control and joint position, muscular strength and your vestibular and proprioceptive systems. It is ultimately a hugely dynamic sport, particularly in big waves, which can place hugely dynamic demands on your body. When it comes to training outside of your SUP sessions how efficient are you therefore at focussing on what you need for high level SUP performance?

Why Train Outside of SUP?
As a human you have a body that is in combination amazing, complex and perfectly evolved. When you SUP your central nervous system works brilliantly at orchestrating a number of controlled and sequenced movements through an enormous number of individual joints, muscles and connective tissues. These structures work together to create coordinated kinetic movement, function and load absorption. To improve at SUP time spent on the water is intrinsic. However, developing a good workout routine in the gym or at home is also important. SUP is such a dynamic sport that if you can improve neuromuscular control and strength off the water then you’ll improve your overall SUP performance. A good training routine will help to address muscle imbalances across the body, improve your dynamic balance and increase the power and strength that you need to put in a cutback or bottom turn. It will also improve your aerobic fitness for SUP and will hopefully lower your risk of injury when having to react quickly on the water.

One of the best ways to improve strength and stability for SUP is through performance of dynamic, functional movements. These movements can utilise body weight alone but should ideally incorporate weights. When it comes to weights, all too often in the gym people will either avoid lifting weights all together and will instead just stick to cardio training. Or, it’s common to see weights being performed poorly with inadequate weight, poor form and compensatory techniques. Learning how to perform weights correctly and thinking about what you want to achieve through a weight lifting routine can pay dividends for SUP. 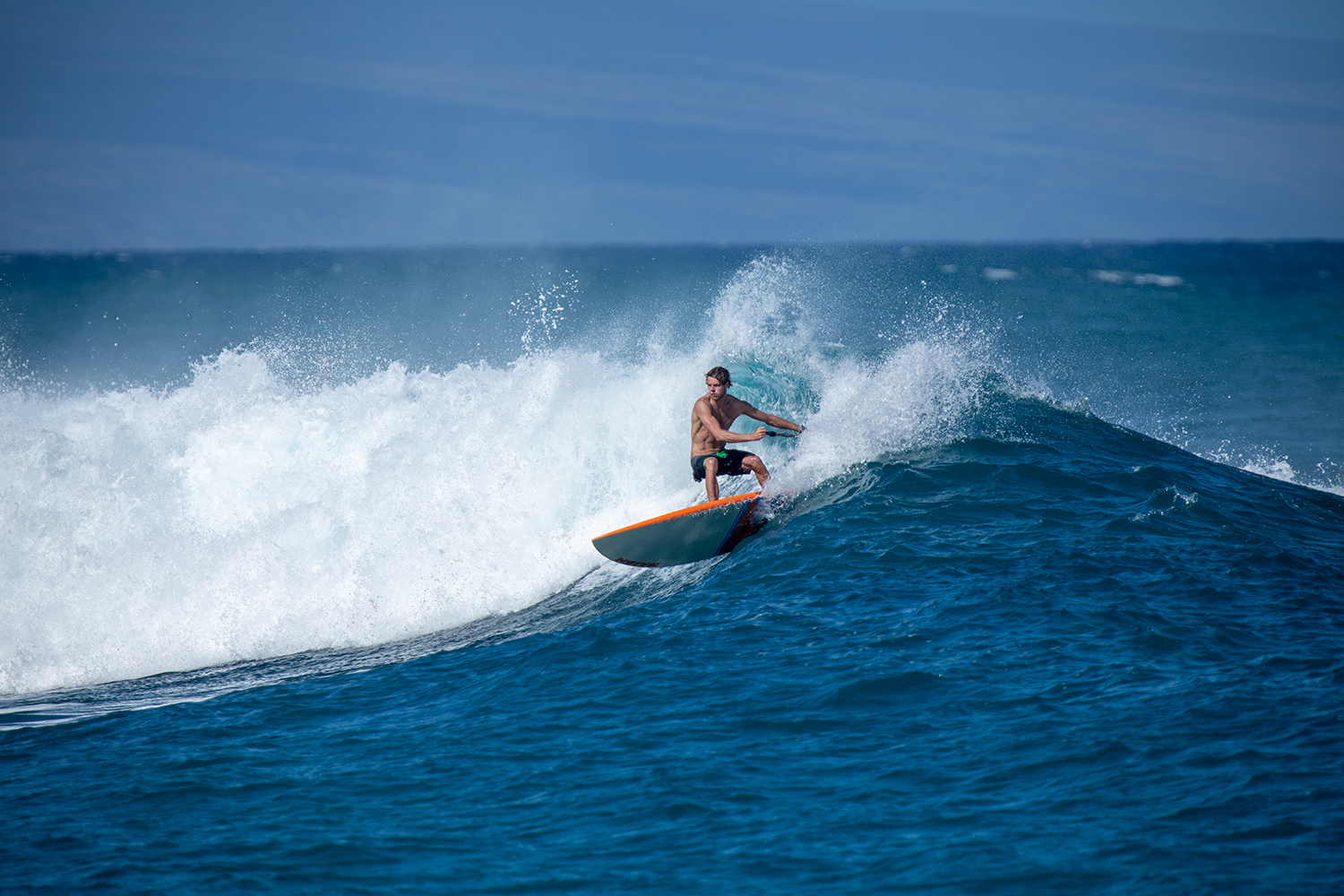 Compound Versus Single Joint Exercises
Single joint exercises are exercises which only work a single joint. A good example of this is a biceps curl or triceps extension which either flexes or extends the elbow joint alone and focuses predominantly on the biceps and triceps muscle respectively. It also includes exercises such as the leg extension which extends the knee joint and focusses predominantly on the quadriceps together with the hamstring curl which flexes the knee and mainly recruits the hamstring muscle. Meanwhile, compound exercises are multi-joint exercises which work several joints and a large number of muscles in one go. The squat is a great example of a compound exercise. Whilst it primarily targets the quadriceps it also incorporates the glutes, hamstrings, calf and trunk muscles. Other good examples include deadlifts, lat pull downs, bench presses and the leg press.

In order to build strength, muscle hypertrophy is dependent on the mechanical tension, muscle damage and metabolic stress produced during weight training. Arguably, some research suggests that compound exercises and single joint exercises can produce similar levels of muscle strain and muscle damage consequently leading to similar improvements in muscle strength. Given that muscles interpret environmental stimuli through mechanical and metabolic changes it is therefore reasonable to conclude that the response of a muscle ultimately won’t change if a movement is performed alone or is performed as a compound movement. However, a notable difference is that compound exercises help to maximise muscle strength as they enable you to lift a greater level of weight compared to a single joint exercise. An obvious example of this is the difference in the amount of weight you’re able to lift performing a squat versus a leg extension exercise. The squat would win every time making compound movements superior for overall strength gains.

“One of the best ways to improve strength and stability for SUP is through performance of dynamic, functional movements. These movements can utilise body weight alone but should ideally incorporate weights.”

One argument in favour of single joint exercises is that they are easier to learn and rely less on neural factors than compound exercises. This can be of benefit if you’re new to lifting weights and want to focus on simpler and more isolated muscle movements before progressing. However, the increased neural challenges gained from doing compound exercises are incredibly important. When you practice a squat for example, the brain sends signals along motor neurons to recruit the necessary muscles so that they fire and contract. As the muscles contract it enables you to perform the desired movement. This in turn leads to what’s known as neural adaptation. Over time, as you practice an exercise, your technique should improve and the movement should become more automatic. As you increase the amount of weight you lift the frequency of motor neuron firing will also increase in conjunction with the number of muscle fibres which contract. This growth in motor neuron firing and muscle fibre contraction will consequently lead to muscle hypertrophy and strength gains. The aim of compound movements is however not just based on improving strength. Compound movements are functional and dynamic and more closely replicate the neuromuscular demands required in sport than single joint exercises. This is because compound movements require increased coordination across several muscle groups. One example to consider in relation to this is speed generation on a wave. To generate speed, weight must be transferred across the lumbar spine, hips and pelvis and down through the feet. Practicing a compound movement such as a lunge can therefore be beneficial for practising load distribution through the lumbo-pelvic complex.

As a lunge is a complex movement it helps to teach the brain to fire all of the required muscles in a coordinated sequence. Whilst it doesn’t entirely replicate a SUP-surf stance, the asymmetrical nature of a lunge position will be far more beneficial than statically performing a leg extension exercise in isolation. 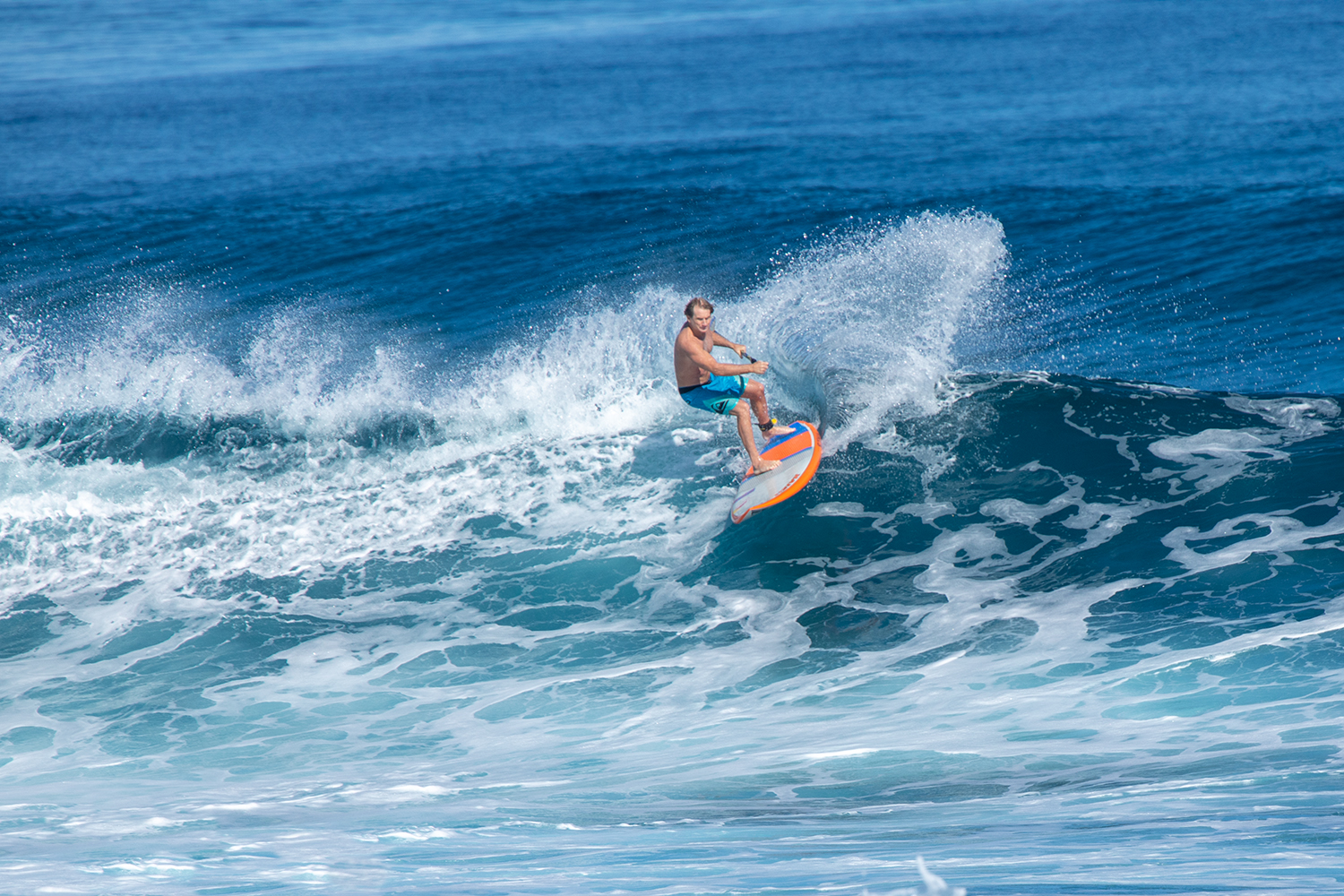 As we’ve established, compound strength training exercises involve more muscles and therefore demand greater muscle recruitment. A deep squat will lead to a far superior increase in strength and neural adaptation than a biceps curl because the squat requires coordination between the quadriceps, hamstrings, hip flexors, glutes and core muscles to complete the movement. Additionally, performing compound strength exercises when the body is fatigued will teach the brain to recruit muscles when it normally does not. This neural adaptation can therefore be extremely important at the end of a SUP race or SUP-surf event when muscle fatigue starts to set in.

Fundamentally for SUP, outside of weight training for muscle strength and neuromuscular adaptation, compound movements can also lead to a huge number of other physiological changes. This includes increased mitochondrial enzymes, mitochondrial proliferation, conversion of muscle fibres and vascular remodelling. Compound movements have also been shown to increase VO2 max by 12.5% greatly increasing aerobic fitness. As compound movements work major muscle groups in unison and enable you to lift heavier weights, the combination of the two will account for a higher level of oxygen consumption during your weight training sessions.

Weight training and in particular compound strength exercises can be hugely beneficial for developing fitness and sports performance. The fact that they are dynamic movements helps to train the major muscles you need for SUP in a much more functional way. What we’re not saying is to avoid single joint exercises all together. If you’re time pushed in the gym then just focussing on compound movements is an efficient way to train. However, if you have the time, then aim to focus the main part of your training session on compound movements. Once you’ve finished, you can then use your remaining energy on single joint exercises until complete muscle fatigue sets in. Try shaking up your workout routine and get working on compound strength training exercises the next time you’re in the gym. Target your entire body on different training days including your legs, back, chest, shoulders, triceps, biceps and abs. We’re talking a range of different compound movements such as deadlifts, lunges, squats, leg press, bench press, rows, chin ups and pull ups plus many more. Let’s get focussed on what actually really gets us fitter and better at the sports we love to do. Let’s get lifting! SUP INTERNATIONAL 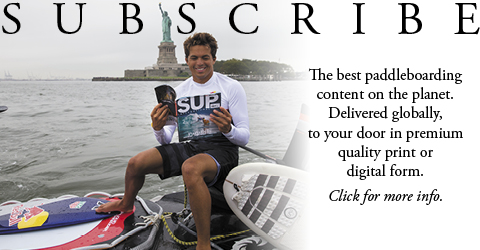